Who is Aaron Calder?

I'm a dedicated, strict vegan who decided to try a vegan diet for the health benefits. Already vegetarian (for animal welfare) for 26 years my health wasn't as good as it should be, overweight, low moods, bad skin, lack of energy and high cholesterol. I am also living with chronic liver disease & in recovery. I watched a documentary on Netflix called Fat Sick and Nearly Dead which was about a guy with serious health issues and was on several medications. This guy decided to try a plant based juice diet as an experiment to see if it would improve his health. He ditched the burgers and fizzy drinks for a diet of freshly blended fruit and vegetable juices. As a viewer I thought obviously his health would improve, as would anyone's making these changes. But, it changed his life completely.

After a couple of weeks feeling dreadful (detoxing) suddenly he was filled with endless amounts of energy and euphoria. As his energy increased he started using the energy to exercise and do positive things with his life. The weight dropped off and a blood test revealed he no longer needed medication.

Although this documentary was nothing to do with veganism I noticed he only ate a plant based diet. Still sceptical that he was thriving on this diet (where does he get his protein I thought?) he entered more very physical events and his doctor became concerned for his health on this 'restrictive' diet. After a lot of tests his doctor couldn't believe that his blood and physical tests were perfect. This is amazing I thought to myself. By the end of the documentary he was in top condition and helping others with their health and weight issues. He had returned to a more normal diet but still no animal products.

This inspired me to watch another documentary about health and how our diet effects us, the planet and animals. The documentary was called Food Matters. Coincidentally the theme of this documentary was all about the benefits of a plant based diet. It followed different peoples journeys from chronic health issues to optimum health by the end of the feature. Again, these people with arthritis, diabetes, high blood pressure and even cancer changed what they ate and within a couple of weeks their symptoms went away, blood pressure returned to normal, diabetes no longer needed medication and cancer patients had more energy and one even going into remission.

This was enough to convince me to try the diet for two weeks. I'd follow the diet strictly to see how I felt and after the two weeks if I felt better I would still eat cheese as this was something I could never give up (so I thought).

The two weeks passed and gradually I had more energy and was sleeping better. At first it was difficult adjusting to the new diet (reading ingredients on packets) but after 3 weeks it became easy. My diet was pretty basic, quinoa, rice, pasta, tofu and beans. As time passed I grew more confident with my meals and realised I could still enjoy (almost) everything an omnivore ate but a vegan version.

As soon as you tell someone you're vegan they become nutritional experts asking questions like, where do you get your protein, what about calcium and do you take a lot of supplements? It turns out you can get all the nutrients you need from a plant based diet and its packed with protein. Aaron Calder Vegan began on Instagram where I would post my meals, breakfast, lunch and dinner. This was because I became sick of people asking what I ate. They presume its all salad and tofu. Now they could see I ate a huge variety of different foods like pizza, burgers, pasta, vegan fish, eggs etc. Quiet quickly people started following my account and asking for advice.

I love helping people and I wanted to educate the world on vegan food and tell them how it would improve their lives. As my following grew I became more adventurous with my recipes and started making videos that they could follow to see how easy it was. This was the beginning of my YouTube channel which now has over 100 videos. After a month being vegan I had a health check up and although I felt great I was a little worried that maybe I was lacking certain nutrients. The specialist said my results had never been so good! All my vitamin and mineral levels were spot on, I'd lost 2 stones in excess weight (since he saw me 6 months earlier), my cholesterol and blood pressure were fine and he also made a personal comment about how well I looked. Scans & test revealed my liver was functioning as normal & I had an almost 50% improvement in cirrhosis. I was now officially convinced that a plant based diet was right for me. After two months passed any cravings for dairy (including cheese) or eggs had gone. In fact the thought of eating these things turned my stomach. After around 3 months I knew what foods worked best for my health and Aaron Calder Vegan was all about eating healthy, wholesome food with maximum nutritional benefits. Focusing on wholefoods like wholemeal flours and natural sweeteners, a large variety of fresh fruits and vegetables.

Most people think a burger or chocolate cake is unhealthy but I'd come up with unique ways to enjoy these foods without the guilty conscience. Using a wholegrain bun and vegan burger (zero cholesterol, low fat, high protein) and serving it with oven baked potato wedges meant I was enjoying 'junk food' that was actually doing me good. 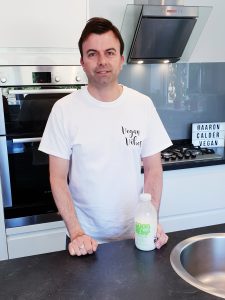 Showing the world that veganism is easy & the only lifestyle to live. 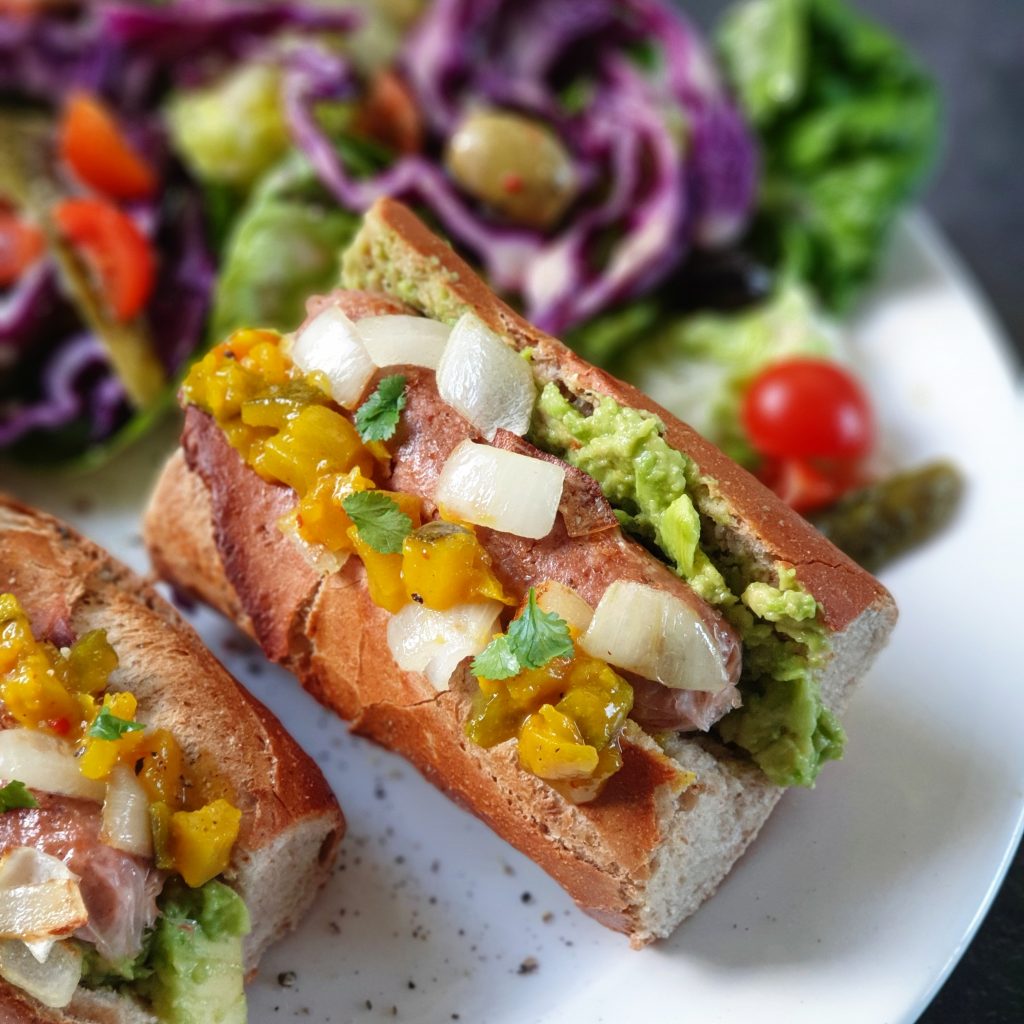 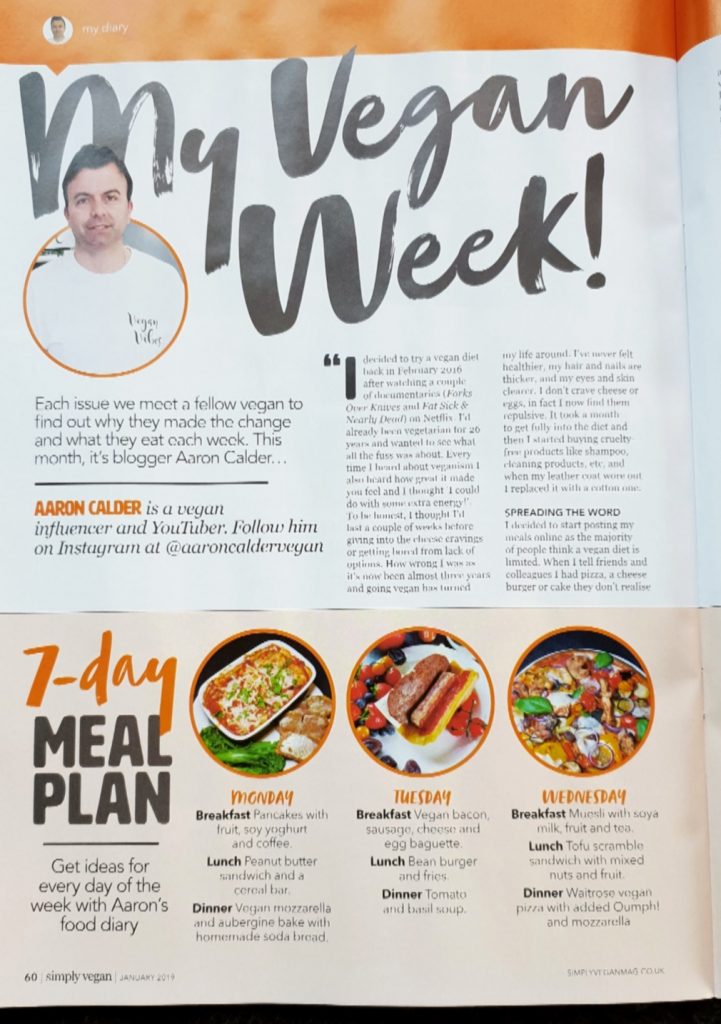 Over the past 3 years I’m lucky to have been featured in several magazines. 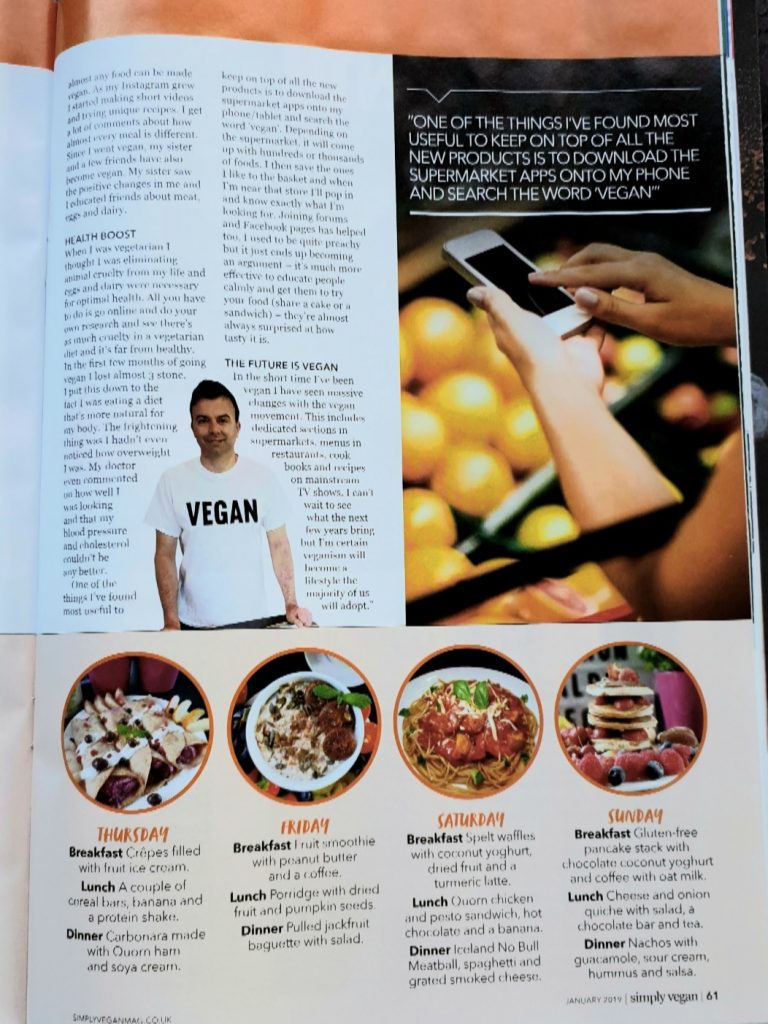 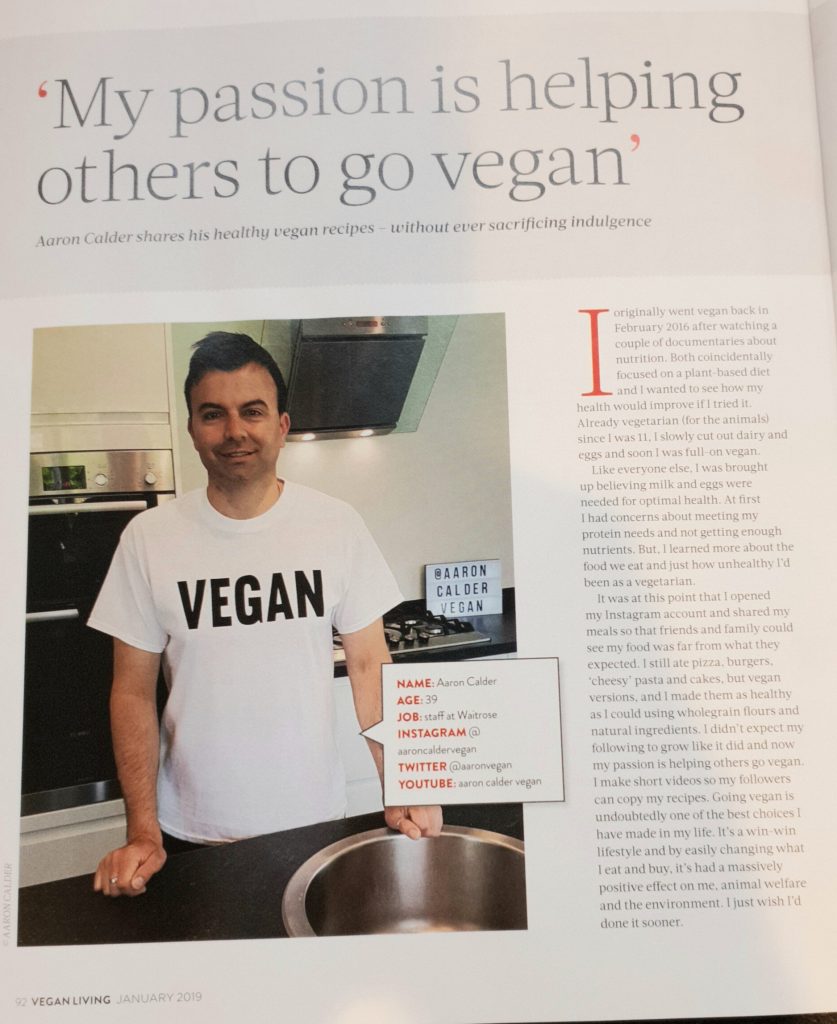 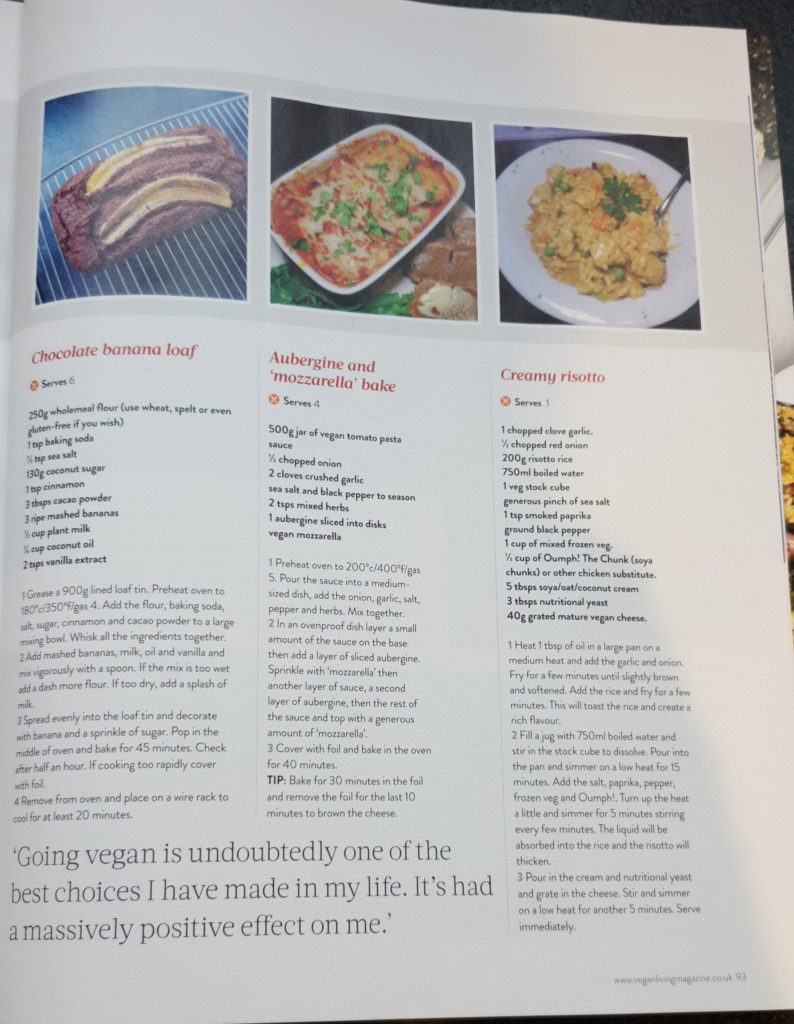 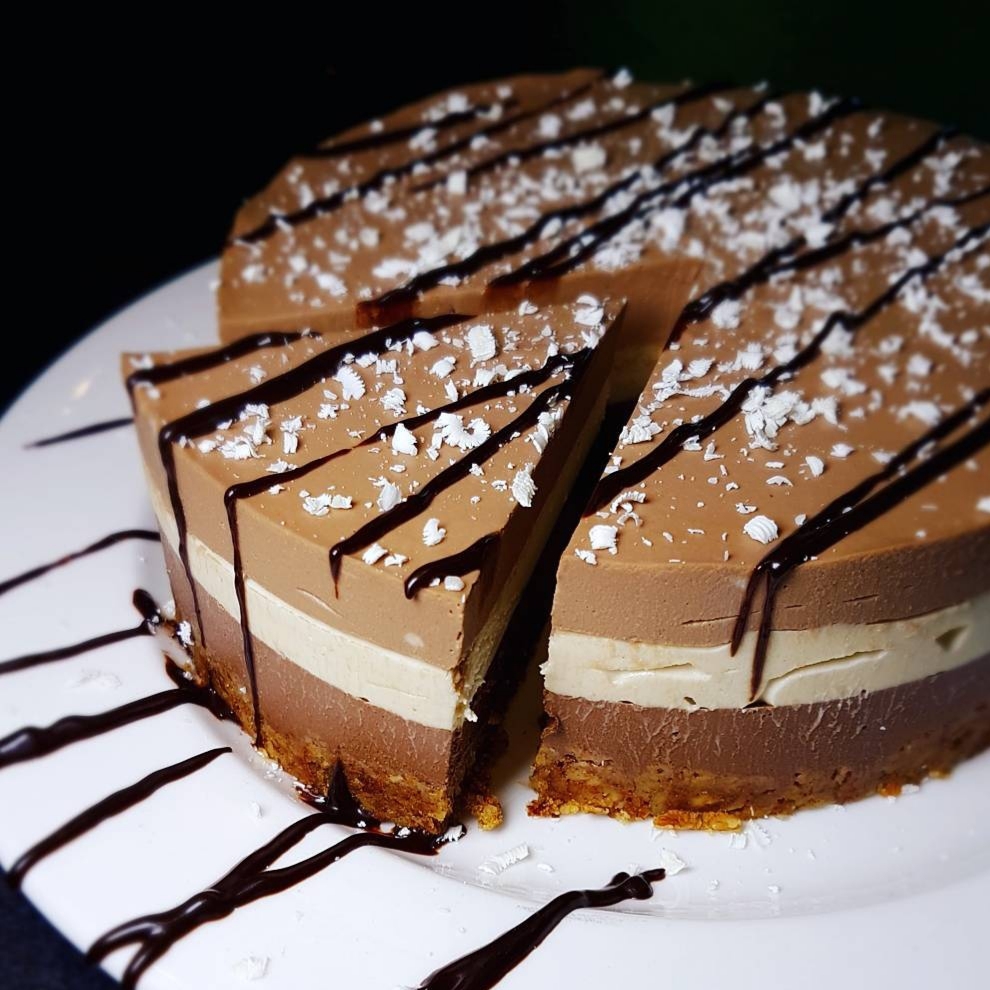