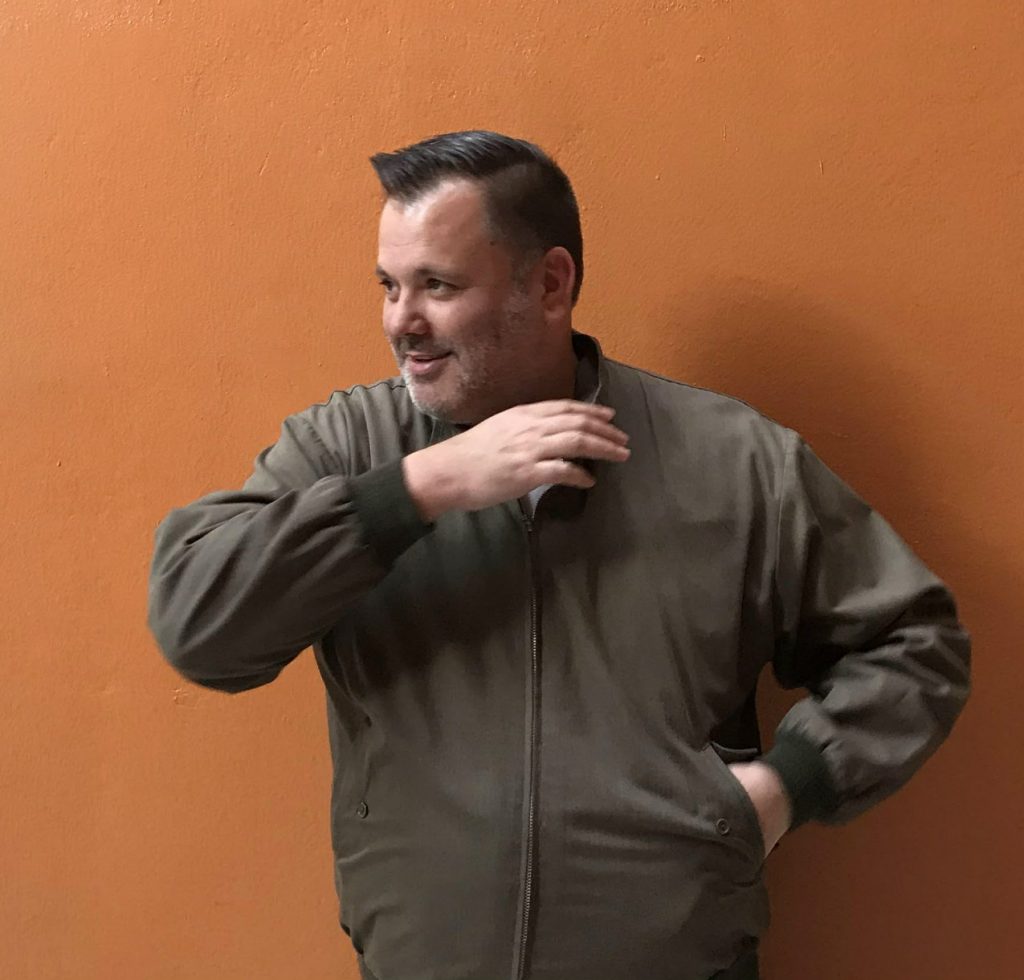 1. My name is Sean and I was born in what is now commonly known as Australia. Life has taken me all around the world but over the past 10 years I have primarily resided in the United Kingdom with quite a bit of time also spent in Mexico City. I currently live in Sheffield, South Yorkshire.

My blog Fat Gay Vegan has been running for over 10 years and my online outreach is my way of helping people go vegan and stay vegan… mostly by sharing photos and news featuring delicious plant-based cuisine and comfort food.

I also address social justice concerns through my social media outreach and published a book wrapping this all together with veganism. The book is titled Eat, Drink, and Live Like You Give Sh!t. I have created and helped run many vegan social events in the UK including Hackney Downs Vegan Market, Vegan Beer Fest UK, London Vegan Drinks, and Queer Vegan Disco.

I support independent vegan business through blog posts and social media posts. As a monthly columnist for Vegan Life Magazine, I have covered a wide range of vegan and social justice topics. I have written vegan travel pieces for the Los Angeles Times and VegNews.

2. Unlike a lot of vegans, I didn’t mark down the start date of my vegan journey. I do know it was more than 20 years ago. I was living in London at the time and distinctly remember being vegetarian one day and vegan the next. I made my mind up and never looked back!

3. I had been vegetarian for a few years and really thought I was the pinnacle of compassion. How intrinsically dairy and eggs were connected to cruelty just wasn’t clear to me. It was around the time the Internet became much more accessible that I started to read about the cruel and unsustainable way chickens and cows were treated for these products and it changed everything for me. I was vegetarian because I wanted to minimize my contribution to the suffering of non-human animals, so vegan suddenly became the very clear next step.

4. When I reflect on my life, the biggest change I see is the type of work I do. I have pushed myself to maximise opportunities to work with vegan brands, charities, and community. It has been important to me to try and align my professional life with my moral compass. Even now during the midst of the global pandemic, I am working with a vegan restaurant business in Sheffield called Make No Bones and I will continue to earn a living in this field for as long as I am able. It definitely helps me sleep better at night knowing where the cash comes from to pay my bills, but I am also grateful because I understand this is a privilege not all vegans get to enjoy.

5. As a vegan currently living in the UK, I don’t think there are too many challenges. Once you know in your heart and mind that this lifestyle is an important choice you can make, most things fall into place. That being said, interpersonal relationships with non-vegans might still require a bit of careful navigating. There aren’t as many as there used to be, but antagonistic bacon jokes from work colleagues or family members are a reminder that we vegans are in the minority.

6. Potato is my number one ingredient, so anything featuring this vegetable gets my seal of approval. I’m a big fries fan and have become extremely familiar with the Three Cheese Fries at Make No Bones in Sheffield. It’s a plate of crispy fries covered in vegan bacon and three different varieties of plant-based cheese, including a hot cheese sauce. This is currently my go to treat, but I’m equally as happy with a warming red lentil dahl or my morning granola packed with nuts, dates, and seeds.

7. I’ve been vegan for so long and the alternatives are so fantastic, I honestly can’t think of anything I miss. I suppose the availability of vegan food is still not at the same level as non-vegan food, so I sometimes miss the ease with which I used to be able to eat takeaway. Of course this has changed a lot but eating from a 100% vegan restaurant can still sometimes take a bit of extra planning.

8. Some of my friends and family members have adopted a vegan lifestyle during the 20+ years I have been vegan, but I don’t think I am the main reason for this. I believe that the choice to go vegan requires information to pour in from multiple angles. I’m sure I have played a role in helping some people make the switch but so have advertising campaigns, animal charities, grassroots activists, organisers, and independent vegan businesses that have raised awareness in local communities.

9. We humans rarely do anything amazing on our own, so it is difficult for me to name an individual. Social justice groups that incorporate the fight for human rights alongside the fight to reduce animal suffering are where I draw the most inspiration. Capitalism, colonialism, toxic masculinity, and white supremacy are behind pretty much every injustice experienced on the planet in 2021 so it is important we redress and challenge these systemic issues if we want to see real positive change for animals, people, and the environment. It’s all connected and an organisation such as Food Empowerment Project is an inspirational example of how we can do all of this through a vegan lens.

10. Veganism will feel natural and do-able when you have a true understanding in your heart and your mind that your personal choices can make direct positive contributions to the world. Animal exploitation can be lessened thanks to your choices. Read, watch, and listen to make sure you understand that it is the choice you want to make and you’ll never look back. 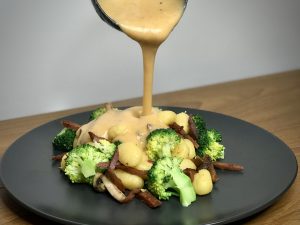 "I was vegetarian because I wanted to minimize my contribution to the suffering of non-human animals, so vegan suddenly became the very clear next step." 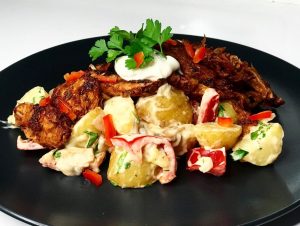 Veganism will feel natural and do-able when you have a true understanding in your heart and your mind that your personal choices can make direct positive contributions to the world. Animal exploitation can be lessened thanks to your choices. Read, watch, and listen to make sure you understand that it is the choice you want to make and you’ll never look back.