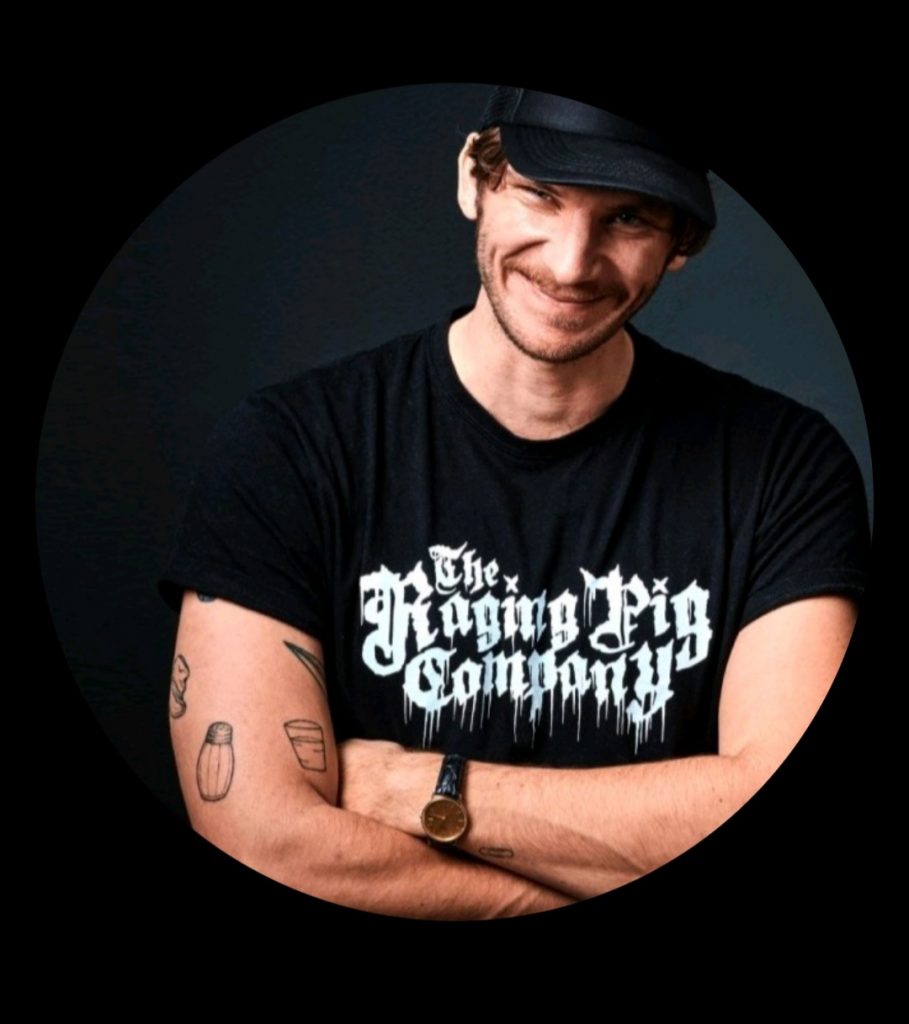 1. I’m Adam Mikkelsen, co-founder of Vegan bacon company Raging Pig. I’m
born and raised in the  Viking land of Sweden. Entered this world 8
weeks premature, excited to start the roller coaster we call life. Even
with all the bad things going on in our world, I do my best to stay
optimistic and believe that there are ways that we, together as humans,
can drive a positive change. Especially in this era of Social media that
makes the world more global in many ways which is exciting!

2. I started off as a “fishterian”, then vegetarian and full-on vegan for
about 2 years. In retrospect, I wish that I had fully converted earlier,
but you know…you live and you learn.

3. I was “mostly vegan” for some time as I had started to avoid cheese and
other foods more after educating myself through Social media and
numerous documentaries. My tipping point happened when I visited a
sanctuary farm with my little dog Selma. She started running towards one
of the piglets and I panicked for a bit. But when she reached her
destination Selma and the piglets started to play and cuddle. Even
though I already knew the horrible truth about the meat industry prior
to that moment, it just really hit me as I watched them play. I thought
to myself, “I would  do anything for Selma and what’s the difference
between her and that little  piglet?” It’s  just our perception that is
fu*ked up from influences like our upbringing, lobbyism and
advertisements. From that point forward I decided to never look back and
allocate my time and expertise to do my best to become a part of the
change towards a plant-based future.

4. It’s hard to say. I somehow reflect and think about myself as someone
who’s been vegan forever. It’s similar to when you think about life
before you had a smartphone. It feels like you’ve had a smartphone since
you were 5, but obviously you didn’t. Perhaps, I’ve just deleted those
30 years of memories about my life due to the things I now know about
the industry. It’s been eye-opening to realize the food I was eating for
meals used to be a life-loving animal. I do believe that change has to
come from within. I’m not trying to persuade people to strictly go
vegan. I think it’s important to make decisions based on all of the
facts you gather. For me, the choice was simple. I can’t say that I am
healthier per se, since there’s a lot of delicious vegan junk food as
well, but I feel healthier. That has to count for something!

5. I think the hardest part for me is the mindset. I never want to come
across like I’m on my high horse because I’m vegan and somehow all
people who are still eating meat are wrong. I aim to find the balance of
inspiring and educating those who are open to listening while remaining
understanding and laid-back, regardless of the choices someone makes.
For plant-based diets to be the “standard”, I do believe, and hope for a
future where Veganism is something that is accepted without question or
a stigma. Sometimes it feels like there’s a perceived elitist vibe
within the vegan community and I hope that dissipates in time as
plant-based diets become more widespread. I would love for there to come
a day that if you’re going to a restaurant with a group of eight people
and one person from your party asks the staff “Excuse me, do you have
any meat options?”, and the staff has to then run into the kitchen to
see if they can make it happen.

6. Hmmm hard to say. I do love and crave basic junk food like burgers,
pizza and tacos. But if I have to choose I’d say vietnamese food.


7. Are there any foods you miss or crave?

7. Yes, I miss Halloumi cheese and haven’t been able to find a vegan option
that floats my  boat. And of course I miss bacon. But that’s a dilemma
we’re close to solving. We’re one step closer to our Vegan Bacon strips
after our launch of our first product on Kickstarter. Check it out:
https://www.kickstarter.com/projects/1819462069/raging-pig-baconify-anything-in-seconds

8. I think so. I’ve at least provided them with inspiration like tips on
plant-based options, recipes, and information through documentaries and
literature. I can’t say I’ll take credit for any conversion though as
I’m a firm believer that a change should come from within. But yeah, I
do my best to inspire and educate others about plant-based diets and
eating

9. I found inspiration through actions, not necessarily a “who”. I
encourage people to visit a Sanctuary farm and ask the owners if you can
play with the piglets, cows or chickens for a while. There are a lot of
great plant-based/vegan influencers and companies doing awesome work to
help inspire change. I believe that re-connecting directly with animals
is one of the biggest inspirations that you can get.

10. To quote Nike: Just do it. And take it from there. I think you can watch
all the documentaries, read up on facts and learn all the recipes you
want but it really boils down to reconnecting with the animals. It can
be challenging to unlearn habits or ways of thinking that have been
ingrained since childhood. I understand there are numerous reasons why
people decide to go plant-based. In general, I’d say just find the
reason or rationale that speaks to you most and run with that 🙂 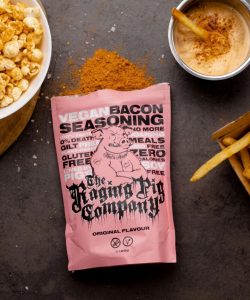 "I wish that I had fully converted to veganism earlier, but you know...you live and you learn.." 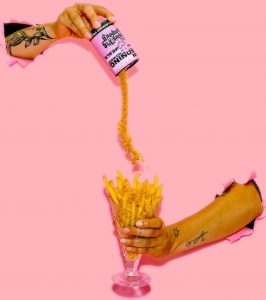 My tipping point happened when I visited a
sanctuary farm with my little dog Selma. She started running towards one
of the piglets and I panicked for a bit. But when she reached her
destination Selma and the piglets started to play and cuddle.